Jeff Deverett: A session on indie filmmaking By Anita Reid 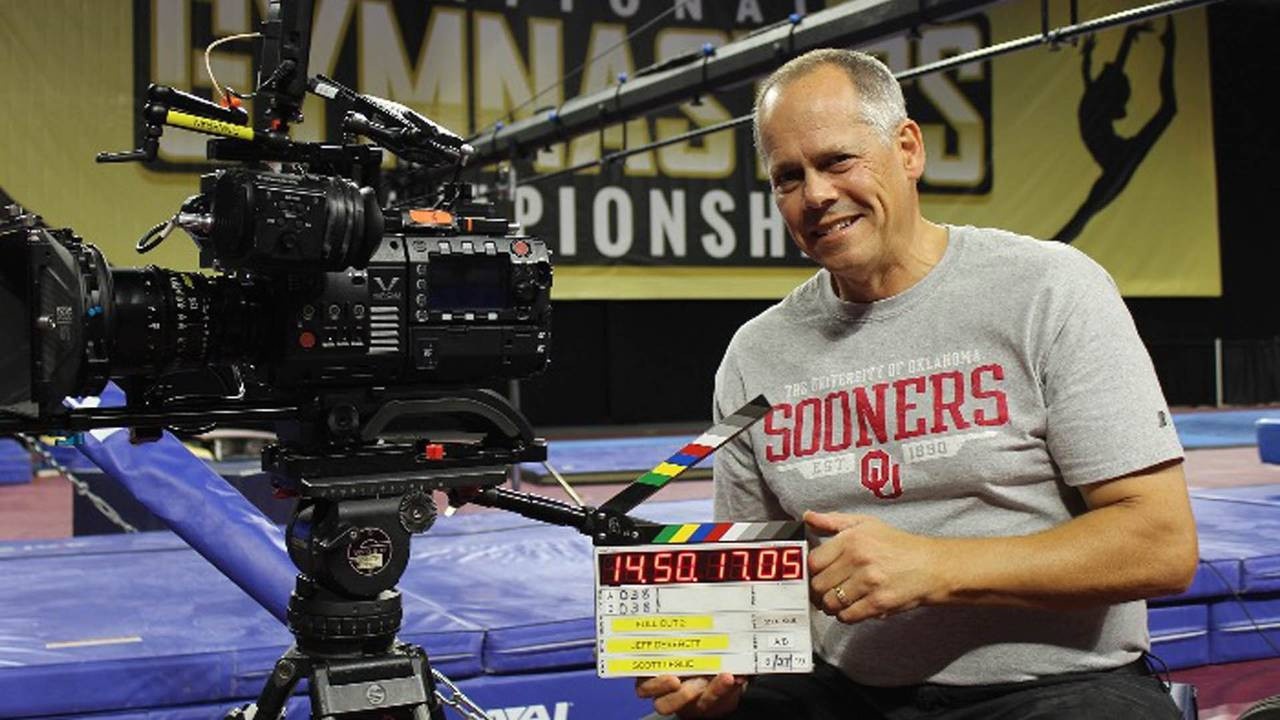 There is a warm indie wind blowing through the Festival. Tonight, it whipped up quite a Gale.

Do you want to be a disruptive indie filmmaker, taking control of production and distribution to the streamers? Then listen to Jeff Deverett and take notes.

Why? Because, firstly, Jeff is an artist; he became a filmmaker to make films he believes in. And, secondly, he has turned his artistry into a successful indie film career; seven films and counting, three on Netflix, all of them distributed worldwide.

How? By wearing a commercial hat as comfortably as his artistic one, and viewing ‘the film business’ through the lens of ‘the business of film’. Luckily for Jeff, he became a filmmaker after many years in film distribution, so he knew from the inside out what it takes to write a commercially successful film. Fortunately for us, he details what we need to do to achieve the same.

He does not hold his punches.

“What I say isn’t what people always want...

We did it on an iPhone: Fizz & Ginger Films tell us how… by KT Parker 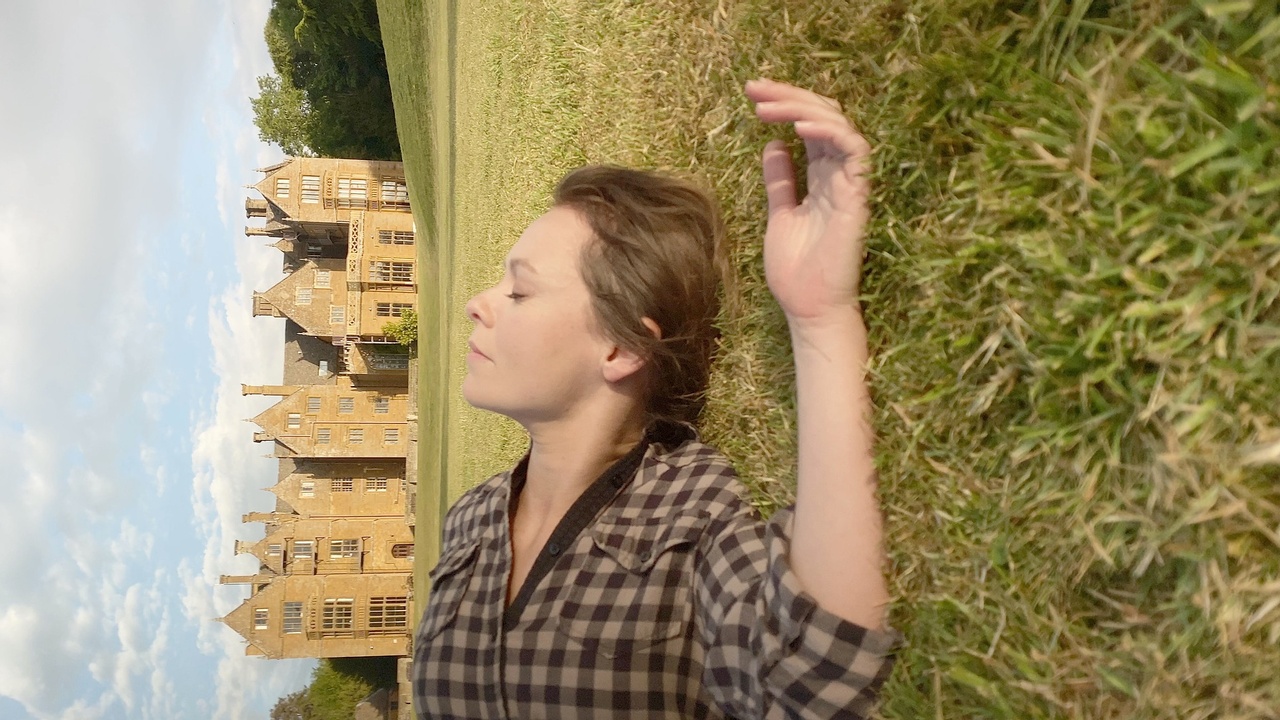 On March 22nd, the eve of the anniversary of the UK’s first COVID-19 lockdown, Fizz & Ginger Films will release their third feature film, Infinitum: Subject Unknown; made during that first lockdown on an iPhone, with a crew of two, a remote post-production team of three, and a little stardust from Sir Ian McKellen and Conleth Hill.

How on earth did a private passion project become a must-see film for sci-fi lovers everywhere?

Perhaps appropriately for a film that has several time resets, the filmmakers were able to loop back to a rich hinterland of previous years’ writing, reading, and networking. The film borrows from a script they wrote back in 2012, when Matt became fascinated with anything and everything quantum – parallel universes, string theory, doppelgängers. To those less familiar with quantum theory, it’s the idea that anything that can happen will happen; if you go left, another version of you will go right, and there are infinite versions... 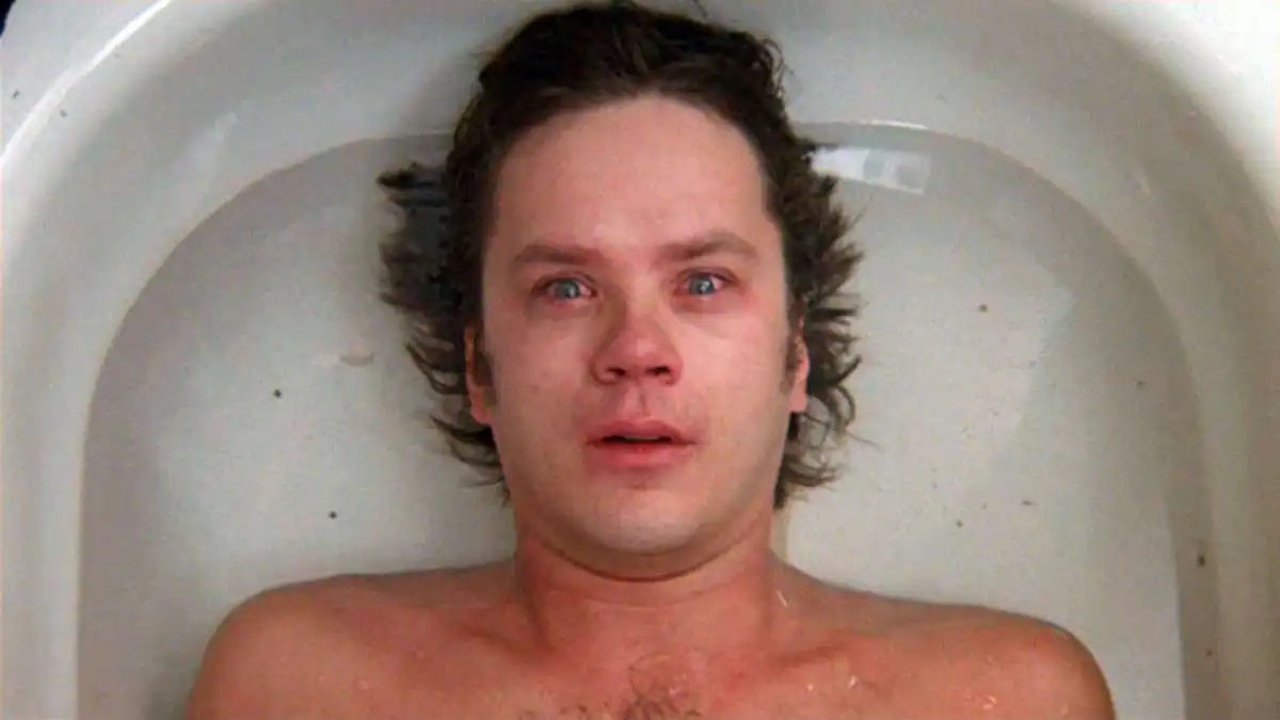 Once again at the LSF 365, the wonderful Pat Higgins has invited us on a quest to write a feel-good screenplay in 30 days. To all who accepted this challenge, I wish you the best of luck. I’m trying to power on with it myself.

For those who may have missed it, we have 10 days write out 40 beat cards to structure our movie; 10 days to dictate each beat into transcription software, and 10 more to edit and tweak it in the screenplay-formatting software of our choice.

It’s been an interesting experience; my new script is turning out to be far more dialogue heavy than I’m used to (half my produced shorts have been silent), but also far more efficient in the action lines.  I’m also learning I’m the kind of person who uses the word ‘faff’ as a verb to describe waves on the beach. Perhaps that’s why I’m a screenwriter not a poet.

But I’ve got all my beat cards outlined and am close to finishing dictating the first draft. And...

A Community Win for the Festival: Takeaways from Eric Kripke by Karen Sheard 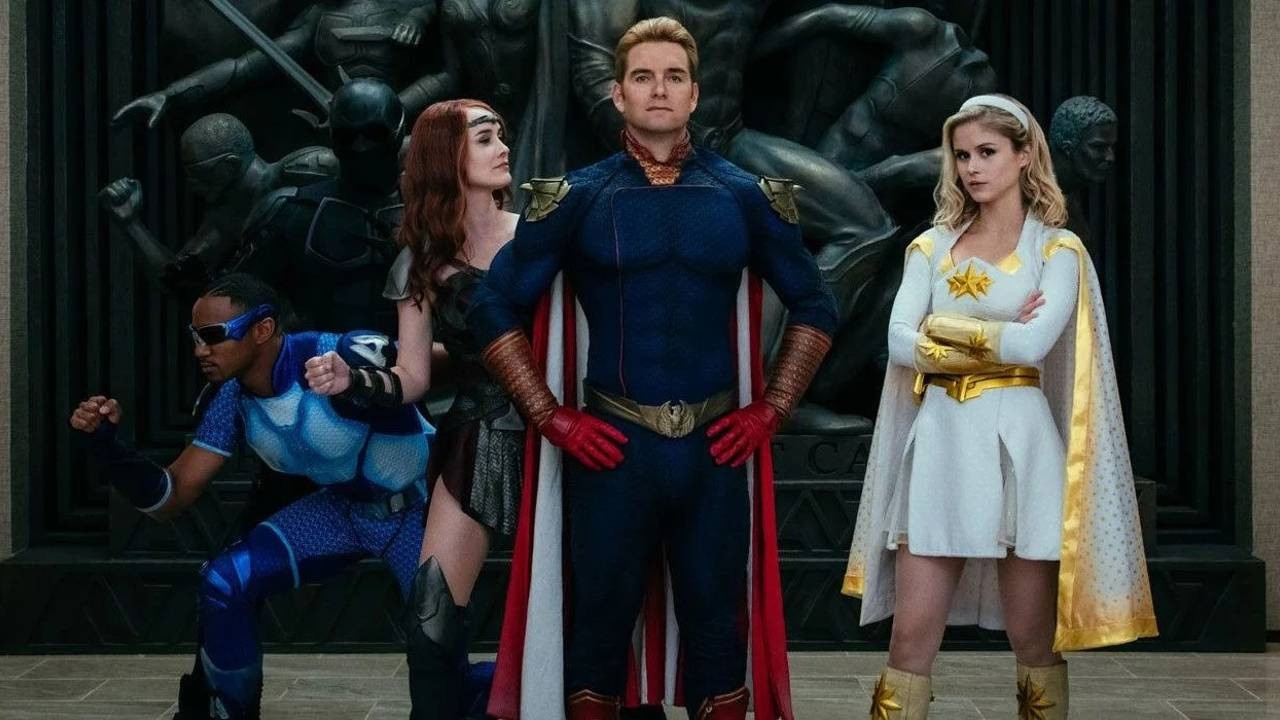 At last year’s festival, Savannah Morgan asked delegates who they should invite to the next festival. I, like many others, eagerly replied: Eric Kripke, showrunner of Supernatural. She responded, I’ll try but he’ll be filming Season 3 of The Boys, and also being one of the most successful genre writers, so it might be difficult.

Fast forward to this festival, and he is coming on, a couple of days before filming starts on Tuesday 16th Feb. How did she achieve this feat? She sent him a (The Boys-inspired) sonnet!!

In a festival that advocates becoming your own superhero writer, it’s inspiring to see what you can achieve when you put yourself out there and try. It was super brave of Savannah and it paid off.

Core compass of The Boys

Kripke also knows a thing or two about superheroes, showrunning the Amazon original series  The Boys. He described the core compass of The Boys as answering the question: “What if superheroes were actually real in our...

Jonathan Butler and Gabriel Garza: Be the person people want to work with, by Jane Rayner

Writing partners Jonathan Butler and Gabriel Garza (The Flash) pitched 27 different projects before they got a yes. So they know a bit about what is required to keep getting meetings to share their ideas and stories. While their session focused on the challenges and opportunities franchise writers face, their advice applies to all writers whatever the project or medium. Here are my three takeaways:

“You won’t always sell a script, but you can always sell yourself,” says Gabriel Garza and being likeable is crucial. Practice selling yourself. It is as important as the time spent on editing your script and pitch. Concentrate on the ideas, themes, and issues you are passionate about and demonstrate your connection to them. Ask yourself what you really love about them and learn how to express them.

Being excited about what you write, and giving your reasons why, builds a picture of who you are as a human being people can relate to. The people... 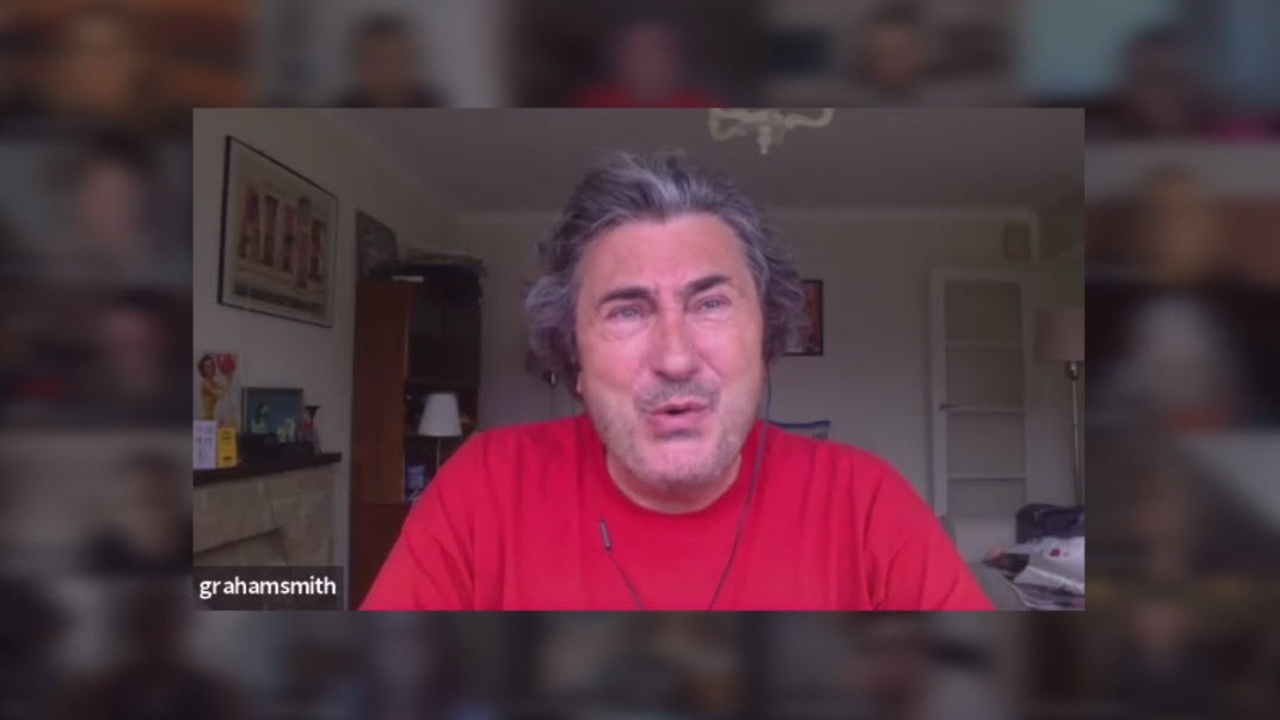 As a producer and commissioning editor, Graham Smith has had a hand in the creation of many beloved comedy shows, including Spaced, That Mitchell & Webb Situation, and Little Britain.

His session at the London Screenwriters’ Festival was a gift for any aspiring TV comedy writers. What he gave was a clear and concise action plan for anyone looking to break in to British comedy.

Grand Scheme Media is the company Graham now runs with Mark Thompson. It is a creative consultancy that helps writers to develop their ideas, and ultimately pitch them.

Over the course of the hour’s Zoom chat, Graham gave many helpful tips on how to navigate the early stages of the UK TV industry.

This is the biggest takeaway from Graham. He laments that everyone wants to pitch to Channel 4, who do not commission many shows a year. But there are 12 other channels that produce comedy in the UK. One of them will suit your voice best; knowing which one that is will help you get... 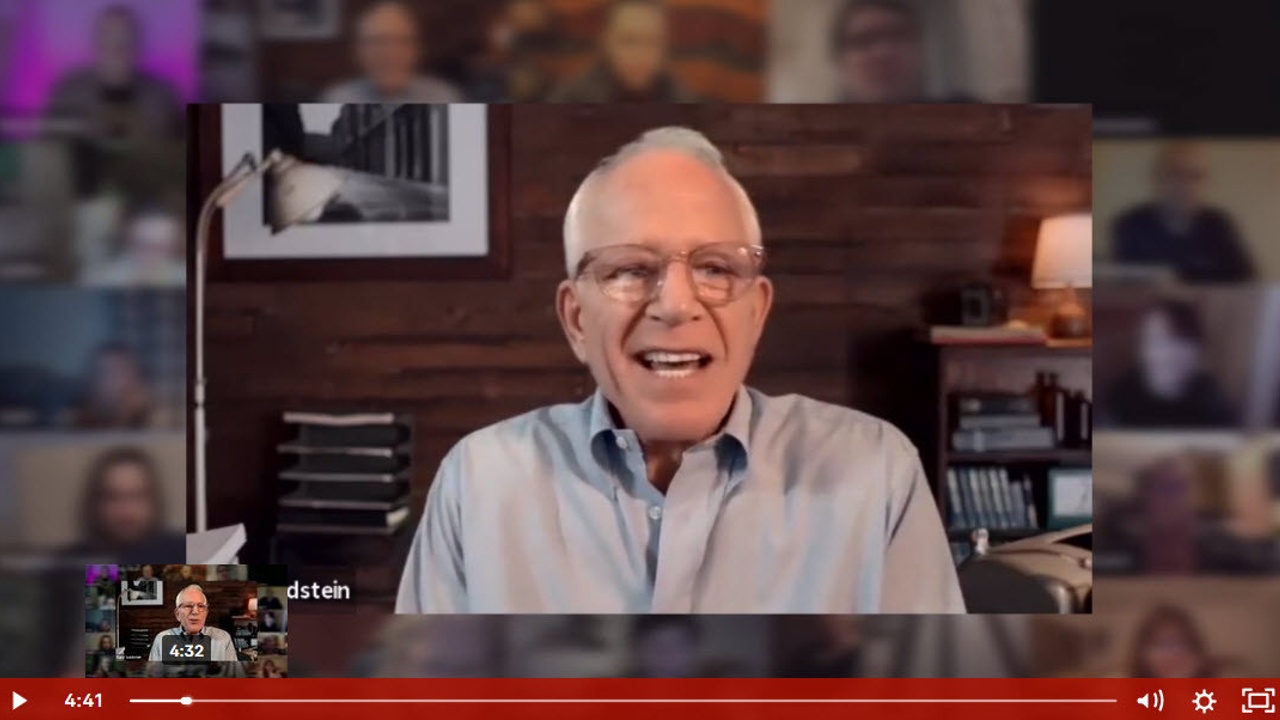 When we heard Gary W. Goldstein, producer of Pretty Women and Under Siege, would be speaking at the London Screenwriters’ Festival, we all knew we were in for great session. What I was not prepared for was just how crammed full of useful— no, vital tips Gary would have for staying afloat in the industry; things I myself have implemented since. Gary is a seasoned industry exec and a great mentor to lots of incredible talent. The level of detail and experience he brought was a rare gift indeed.

These are just some of the suggestions he had to offer for different areas of the industry.

How to handle rejection

We are all in the business of rejection. It can feel disappointing, frustrating, or sickeningly inevitable. I’d always favoured expecting it, so a ‘yes’ would be a lovely surprise and a ‘no’ is just the norm.

What I’d never considered, until hearing from Gary, was the possibility of turning a ‘no’ to your advantage....

You Can’t Lie Your Way to Mars: The cosmos, awe and wonder with Ann Druyan by KT Parker 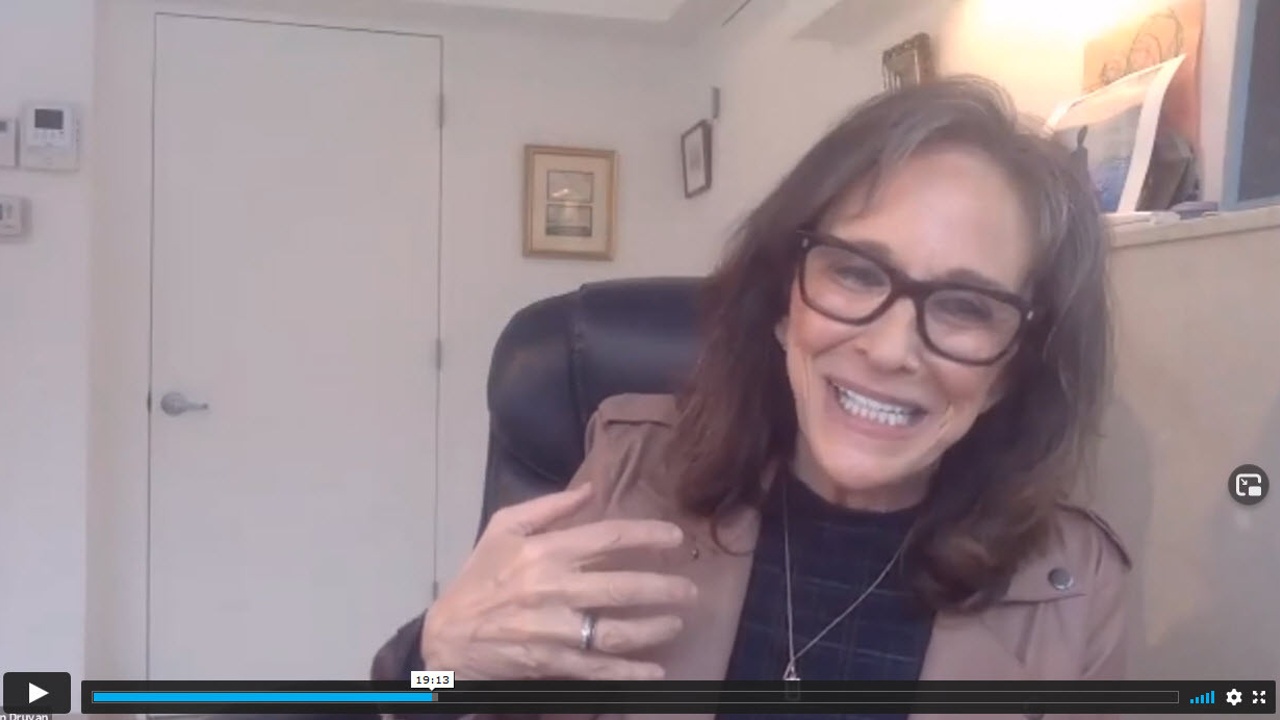 “Touchdown confirmed,” a woman’s voice announced over the public address system. “Perseverance safely on the surface of Mars, ready to begin seeking the sands of past life.” The NASA control room erupted. Staff were on their feet, their arms raised in a victory ‘V’, whooping and hollering. The only difference between this and past scenes of human triumph in space was the surgical masks everyone was wearing. That’s space endeavours in the time of a pandemic for you.

No, this wasn’t a scene from a movie. The voice was that of Swati Mohan, an engineer on the Perseverance team. London Screenwriters’ Festival creative director, Chris Jones, had chosen to show the clip of the February 18th Mars landing at the beginning of what would turn out to be a truly inspirational conversation about life, love and the cosmos with legendary science writer Ann Druyan.

“Why is everyone so happy about this?” she reflected,... 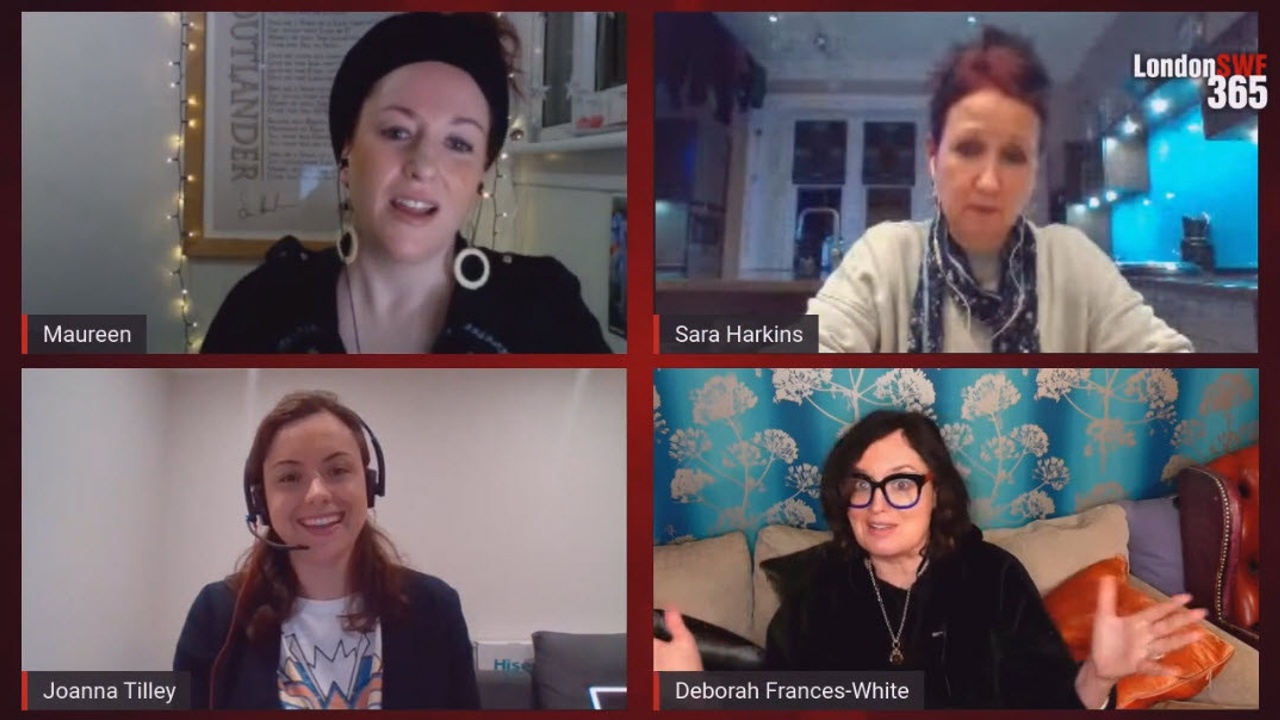 If I were to put the word ‘lively’ in bold, capitalize it, underline it, highlight it and circle it in red, it still wouldn’t convey the energy of the discussion at the Female Gaze Panel.

What is the female gaze? It’s the female vantage point, whether that be the point of view the story is told from, realistic female characters, or the perspective of the female viewer.

We started out sedately enough with a question about which shows with a female gaze the panel had enjoyed in the last couple of years. Joanna plumped for Bridgerton, with its extensive cast of women, depiction of female pleasure and avoidance of reverse-objectification. Sarah chose I May Destroy You, which...

Pilar Alessandra... Writers’ block? There is no such thing by Jane Rayner 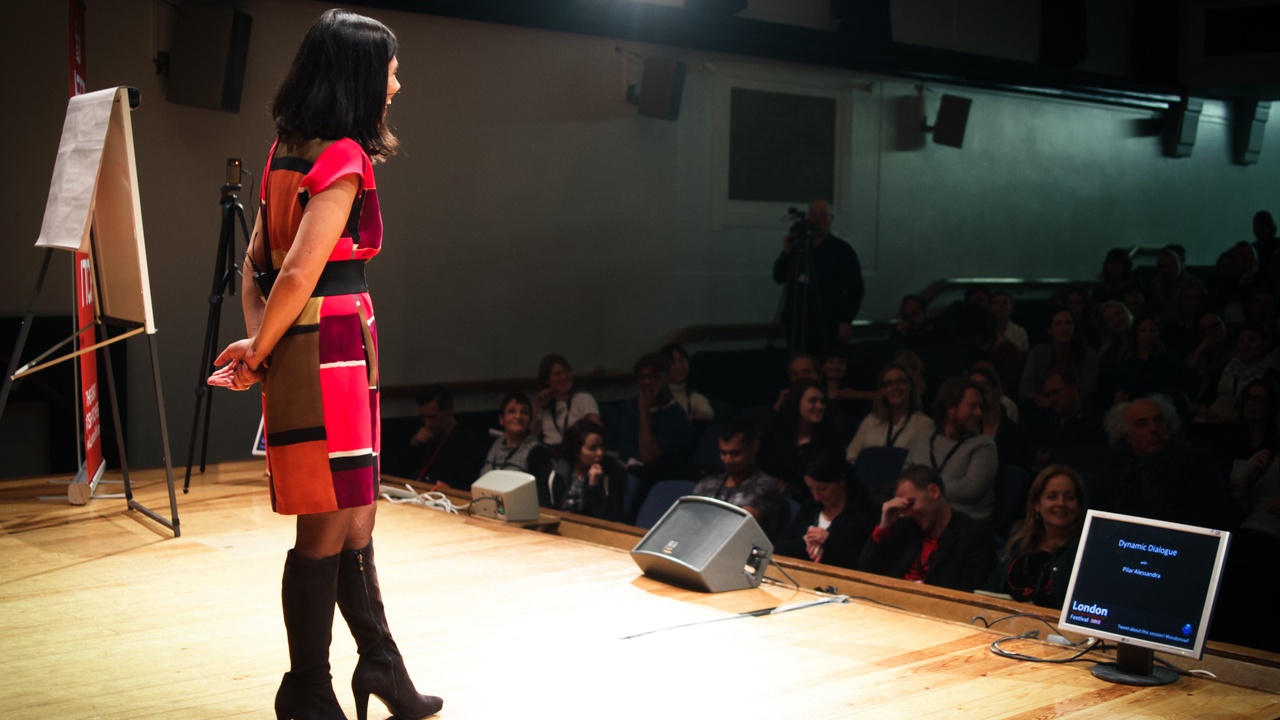 All writers get stuck. Some of us manage to work through it; others stop writing altogether. I find going to another writing project often helps, particularly if it’s a different form of writing, such as flash fiction or writing a blog. But sometimes the words don’t come, and staring at a blank page loses its appeal pretty quickly.

That’s why Pilar Alessandra’s session ‘Brainstorming through the Block’ was so useful. Here she dived into what might stop us in the first place, and gave us tools to get the pen flowing across the page again.

I write screenplays and novels, and what I love about the LSF is how everything is so transferable. There are aspects of this session I will use across all my writing.

Here are my three key takeaways:

While I understand structure and have a love/hate relationship with it, I’ve never heard it explained in such a succinct manner. Pilar broke down the three-act structure into simple terms:...