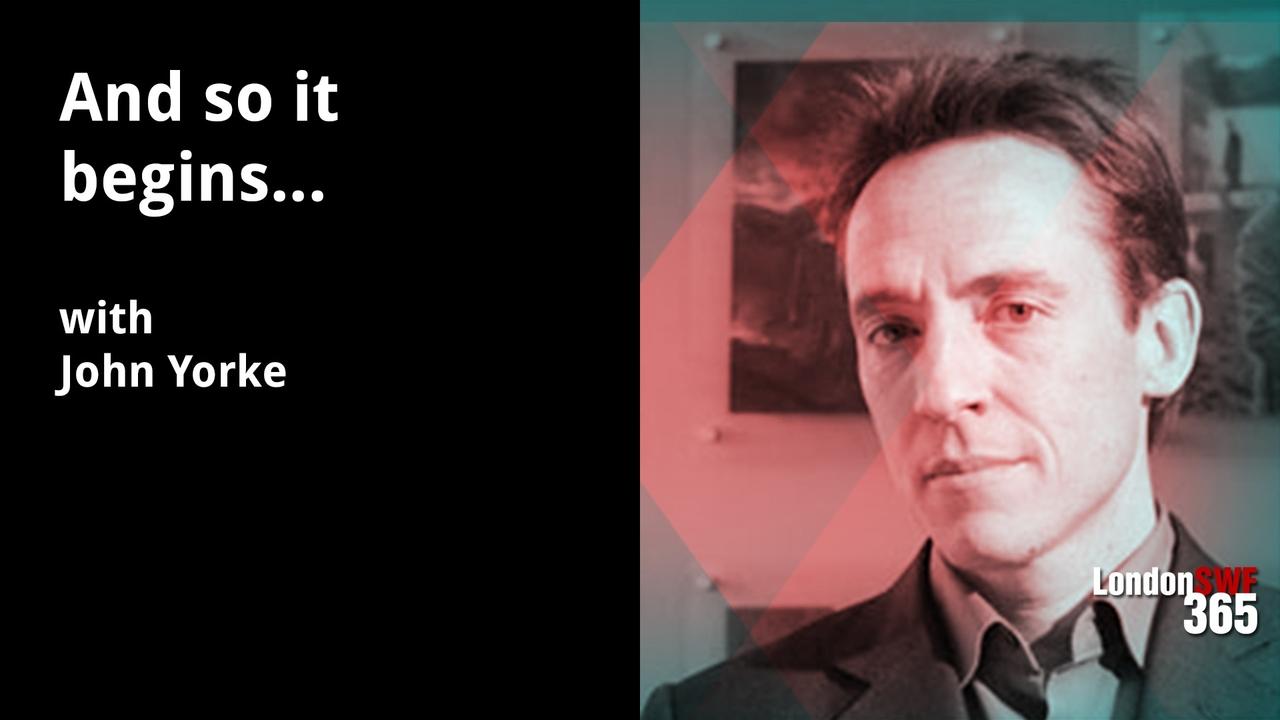 Disclaimer: I’m a John Yorke fangirl. I’ve read his book Into the Woods many times – it’s covered in post-its and scribblings and I won’t begin a script without it. I’ve heard him talk at the LSF before and taken his brilliant two-day course. And this session was still the one I was looking forward to the most – because there is always more to uncover and learn, and John is one of the most articulate and inspiring teachers around.

John’s LSF365 talk is like one of those Disney rides that straps you into a cart and hurtles you through a wonderous imaginary world, where you're so busy absorbing all the exciting things whizzing by, you don't realise you've been out of breath until the end.

Rather fittingly, those rides are also a journey, with a beginning, middle and end -  and they take you through a story at breakneck speed. Here we’re not looking at characters from childhood films but passing icons and significant moments in the history of narrative – Horace in 8BC! The Brontes! Alien! Freytag! Shakespeare! (Slow down a minute … Shakespeare. And we’re off again!) The T-Rex in Jurassic Park! The Queen! (Helen Mirren, not HRH) And it all ties together as an insight into story.

Stories are how we make sense of the world

Because this talk isn’t just about scriptwriting, but the shape of all stories. Whether they’re fairy tales, documentaries, novels, films or television shows, writers will find a narrative – to give the story a beginning, middle and end. Stories are our way of making sense of the world - turning chaos into order.

John Truby’s assertion that ‘three act structure will kill your writing’ kicks off a discussion about screenwriting ‘gurus’. John has read 142 screenwriting books (so we don’t have to, he says, although how many are on your shelves?) So who to follow? Is any one way ‘the right way’? Are they all selling snake oil?

John’s view is that we should be looking beyond the so-called ‘rules’ of film – to the foundations of narrative.

He starts with the Syd Field paradigm. a familiar concept to anyone who’s reached the foothills of that 142 screenwriting manual mountain. John argues that three act structure is everywhere – because it’s the shape of a story with a beginning, middle and end.

It’s in Jane Eyre, Cinderella, Jaws, The Godfather, Breaking Bad (an amazing comparison with Macbeth), Toy Story… and, actually, any story. No argument with that. But with this point established, it’s on to the heart of the session, the centrepiece of the ride… The Midpoint.

The Midpoint is the Lesson

John’s five act structure begins with Freytag’s Pyramid and focuses on the Midpoint. Michael Corleone, Elliot in ET, and the Queen in Peter Morgan’s film of the same title - all examples of characters who change at the midpoint, thus beginning the journey back towards their resolution.

I loved the story of how the script for The Queen was initially rejected, until Peter Morgan added one scene that led to it being funded. And he achieved this by working away at the structure until he found the scene that would give the story that midpoint beat that made it work.

I went back to a script I’m working on, which I’ve never got quite right. If Peter Morgan can take his time looking for that key scene, so can I. It’s not always obvious – it can take time for it to reveal itself. But it’s that crucial moment where the character changes (or the situation, if you’re watching Alien or Jurassic Park), foreshadowing the ending, and giving the story the symmetry that John is so passionate about.

Find your Midpoint, and everything else falls into place.

I’m still thinking about my script and how to get the shape right. I’ll probably watch this session again and again, and go through my notes, and chip away at it like Peter Morgan did until, with some perseverance and luck, I find the midpoint. The heart of the story.

The Midpoint is the lesson and I’m still learning.

Abbie Heath is a screenwriter who writes comedy and drama about change and hope. Life changed forever after Talent Campus 4. She’s on Twitter @AbbieHeath9

Want to see the whole of this session?

Get the insights, inspiration, tips, tricks, tools tactics and strategies? Then join our year round festival. We have a whole month of events lined up for you, and, in addition, we add at least two killer past sessions a week, the very best of the best from a decade of the London Screenwriters’ Festival. We also premiere them live too, so you can join other screenwriters online for a live event with chat, or watch when it suits you. It costs £60.00 a year or £5 a month, and all the proceeds go to helping keep the London Screenwriters’ Festival going. Thank you and see you online.

We will only send you email with VERY cool stuff. Promise.