Facing off with FACE/OFF by John Morris

Writers Mike Werb and Michael Colleary unleashed a torrent of tales, tidbits, and tips throughout FACE/OFF’s 140-minute runtime. So much so, I ended up with nine pages of notes to condense into this 700-word article.

So, staying succinct, here are the best bits:

FACE/OFF was the first thing Mike and Michael ever wrote together. Initially they sat together and composed on the blank page. Though, after a couple of days failing to write that way, they divided the outline between them, separated, then wrote three to five pages a day, which was then sent to the other to edit.

There were certainly points where someone would have to compromise. But there was a mechanism for that. You couldn’t just disagree with the other person, you had to have a reason.

“It’s two people creating a third voice. You have to make room for the other person to contribute.”

There were a lot of nervous...

Do characters mirror our life-cycle? By Ruth Ansah Ayisi

Many of us are experiencing a dramatic change in our lives during this global COVID-19 pandemic. Change can be scary.

Yet, like character transformations in a film, changes in our lives are inevitable. Understanding them helps us to develop authentic life changes in our protagonists, highlighted Kira-Ann Pelican, writer, researcher and script consultant.

Kira-Ann showed clips of some of my favourite films depicting how protagonists undergo a dramatic change to find themselves.

Just like we try to do in our lives, we must discover why and how our protagonists change to reach their life goal. Like us, they tend to ‘grow older and wiser.' They experience ‘intense emotional events’ and have to deal with ‘turning points’ in their lives.

Kira-Ann exemplified this with the powerful Netflix drama series Unorthodox, where Esty from a New York Hasidic community escapes her arranged marriage to find her identity...

That legendary memo is something every writer, no matter the stage they’re at in their career, keeps a copy of somewhere. And if you don’t have it - then here you go.

Most of us have heard the story but some have not, so I will recount it here because there’s a lesson in there too.

A young Chrisopher Vogler was working at the story department at Disney and there was a reviving interest in animation. A book from film school kept ringing in his ears - the Hero’s Journey by Joseph Campbell.

He always thought it was great raw material for stories and confirmed it when he sat in on the screening of Star Wars: A New Hope. He watched all the events play out as Campbell had described them in his work. It was confirmed when Lucas and Campbell did interviews together talking about the film.

With this in mind, Vogler took inspiration from Disney’s then head of production, Jeffrey Katzenberg. He had fostered a culture of communicating...

The tale of the sale: Physchological tips to tranform your pitching by Alexis Howell-Jones

Not many people remember the tagline to Eddie Murphy’s 1997 film “Metro”, but my memory of it lasted much longer than my memory of the film. That tagline? “Life is a negotiation”.

And it’s true. Eddie Murphy calls it a negotiation. Psychiatrist Dr. Raj Persaud described the tactics used in interpersonal relationships as like a seduction. As a big Glengarry Glen Ross fan, I liken it to a sale – and you’re selling yourself as a writer as much as your projects.

There’s an iconic scene in the film of Glengarry Glen Ross where Alec Baldwin lectures salesmen on sales technique. It’s too sweary to quote, but all you need to know is that during his speech, he turns over a blackboard with two acronyms on it.  And what’s on it is important for writers.

It’s great advice to writers. I use this regularly to encourage fellow writers to get their projects...

The end is in the beginning by John Higgins

All screenplays will create their own challenges and obstacles, but overall there is always a solution, as Syd Field stated in his book ‘The Screenplay Problem Solver.’

Educators and screenwriters Philip Hughes and Ted Wilkes -  in this seminar titled ‘THE END IS IN THE BEGINNING - focused on the structural logistics of Three-Act Structure. They based it on Christopher Vogler’s THE WRITER’S JOURNEY, but weaved in a few elements of their own, creating a template based on a five act, rather than three act, idea.

Whether you are a new or established writer, structural problems are always going to be one or the other in all manner of things. However, using classic myths and fairy tales as a point of reference retains a simplicity that most writers can tap into. Given that we all start out in life listening to these stories as kids, our imagination leads us to the castle or the forest, long before life experience impacts on our story experience. 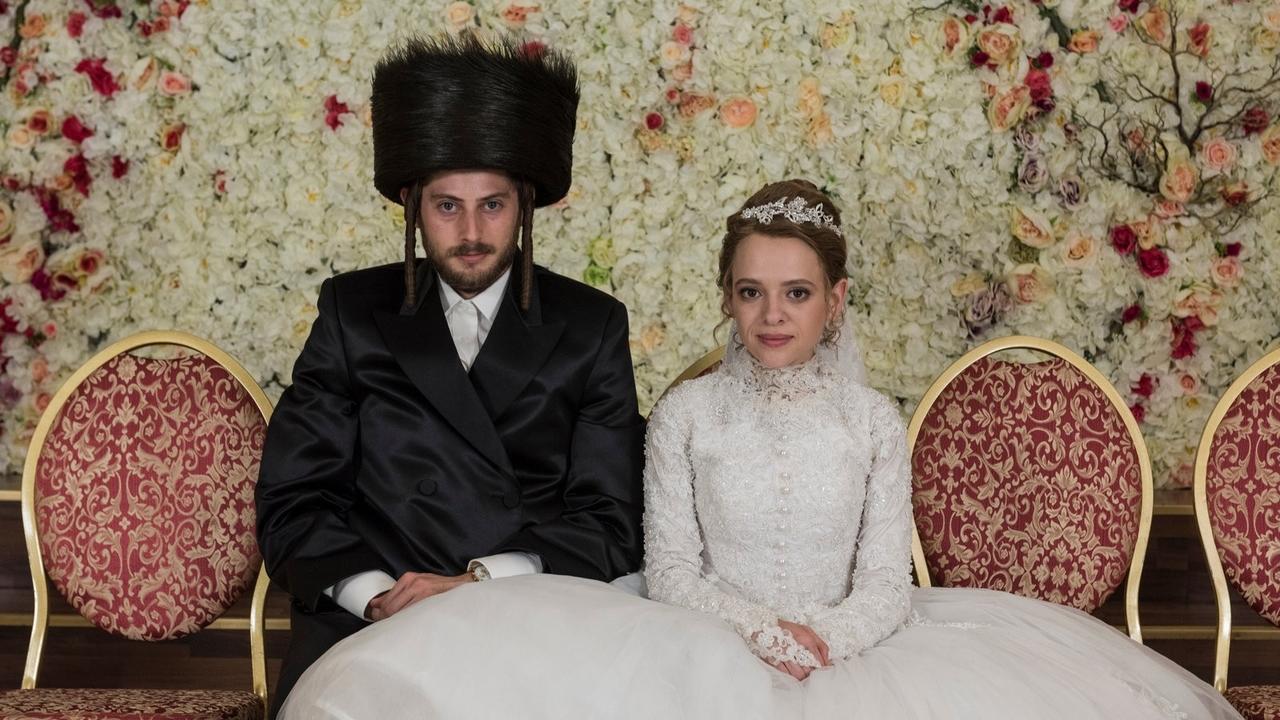 Linda here.  I'm going to give you some really nifty prep in this post for my webinar on the the TV series Unorthodox next week (June 4, 10pm).  However, before I do, I need to share with you my latest writing motto.

I think it applies to all of us, indeed, should be emblazoned on the LSF coat of arms (and if we don't have one, Chris, what's up with you?)

Don't we all feel this on a regular basis?  Particularly after a plotting meeting…

Talking of which, put down that bottle and get on your goggles and flippers because here's your prep for my deep dive webinar into a typical Writers' Room (and what a wonderful mixed metaphor that is. Although frankly, the grimy, basement writers' rooms I've been in over the...

We finished off Friday night’s festival fruits with a fizzy one-on-one with MJ Bassett -  Director, Producer, Writer, and lover of all things that go BANG! - on our screen.

Beginning as a wildlife photographer and documentary maker, in 2001 MJ directed her first feature DEATH WATCH. After that came 20 years of work across the most exciting genres of horror (WILDERNESS), fantasy (SOLOMON KANE), and sci-fi (ALTERED CARBON).

MJ Bassett talked pitches, budget constraints, and how going in blind with her first feature Death Watch was a blessing in disguise, as well as a baptism of fire.

The importance of economy and pragmatism (especially writing for TV).

Accept that you will be told you have to scale your BIG thing down. You will be told to reduce your 20 locations to 10, so think about sets that you can reuse. Why do you think so many shows have a ‘communications room’ or a club house? Star Trek’s...

What you need to know about endings from Michael Arndt, by Abbie Heathe

Watch this twice. Trust me, it’s worth it.

The first time I saw this presentation, I got that aching hand I haven’t felt since I secondary school. Michael talks fast, over rapid, clever graphics that whizz past almost too quickly to take them in. It’s brilliant, eye-catching stuff and you want to get it all down because it all makes huge sense, and it generates loads of new ideas, but it's basically impossible.

The solution: You just have to watch it twice.

On that second run, let all those ideas wash over you. Follow the movies he breaks down in detail and appreciate how it’s all put together. It’s a blast. Then when you're done, you can take that breath you've been holding for the last hour and start applying some of these ideas to your own screenplay.

What makes a good ending?

A prolific script reader, Talent Campus mentor and creator of the Bang2Write community, Lucy has been a staple of the London Screenwriters Festival since its inception.

For this online extravaganza, she conducted a session entitled Why We’re Obsessed with Killing Eve, and followed it up with a chat on Zoom, during which she shared her experiences of script editing.

As in most of her talks, she offered some great pearls of wisdom, both about the hit BBC show, and the business in general.

In the modern TV market, competition is stiffer than ever. Lucy notes that TV executives are more open to existing IPs like books and novels, rather than fresh series pilot scripts. They ‘why’ is simple -  there is less risk to an established product.

With Killing Eve, author Luke Jennings always planned to see it as a TV series, but he knew it wouldn’t be a straight road. So he wrote it as some short novellas on...

The Legal Side of Things - “Check yourself, before you wreck yourself” by Sofia Carter-Sohlen 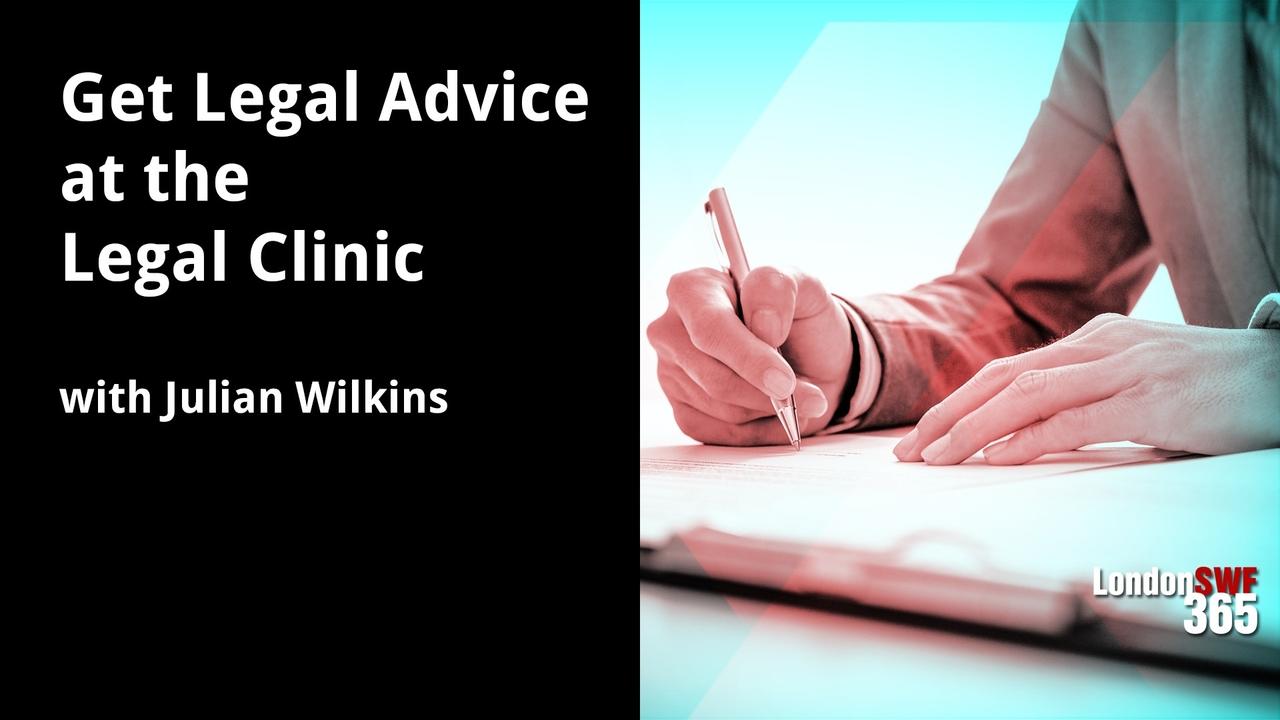 Julian Wilkins, IP and Media Lawyer, Member of Q Chambers and Editorial Director of Blue Pencil Media Partners Limited, returned to the London Screenwriters’ Festival for yet another round of legal wisdom and guidance; a regular appointment he’s kept since 2011.

Creative industries are an important part of the U.K. economy, and as more people are turning to film and TV for entertainment during this period of unease, it is imperative that you make sure your rights are being met.

All that is outlined in this post is general guidance, so please keep in mind that things may differ for you, depending on your country and other circumstances.

As a writer, copyright lasts the entirety of your lifetime, and for up to 70 years after you die. However, your work can be used freely by others for research or educational purposes. You can also use a small piece of a copyrighted work in the right context. You can quote in certain defined circumstances...